Winner of the Nebula, Hugo and Locus awards for Best Novel, The Dispossessed is a book that demands reading. I first read it some years ago, but for some reason it left me cold. I think I got a bit lost in its many themes as Le Guin explores the ways in which an anarchist utopian society might be made to work. The level of detail in her world building as she constructs this society is very impressive, but it could put some readers off. At times, it reads more like a work of anthropology than a “science fiction” novel. 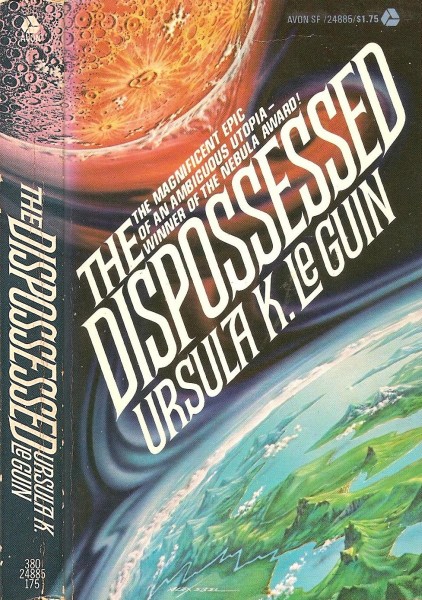 180 years ago, a group of people left the planet Urras to settle on its moon, the harsh desert-like Annares. Tired of the unfairness of Urras’s capitalist society, their hope was to start a new anarchist society where collectivism would replace individualism, the needs of the group supplanting the needs of the individual. The two worlds are still in radio contact, but there is no free movement between them. Trade is restricted to an infrequent exchange of much-needed Urrasti supplies for Annaresti minerals. The borders remain closed.

At the beginning of the story, Shevek, a young Annaresti physicist, is about to cross this border and attempt to make the first ever return-journey to Urras. He will do this alone, leaving behind family and friends for a chance to break down the walls of division and discrimination. He hopes to unite the two worlds for their mutual benefit but could be facing an impossible task, as well as stiff resistance from both sides.

He looked up at them, one face after the other. They all looked at him, expectant. “Well, you have me,” he said. He smiled. “You have your anarchist. What are you going to do with him?” (p.25)

After being introduced to a mature Shevek in the first chapter, the second chapter shifts the timeframe back to when he was a child. Le Guin follows this structure for the rest of the book, alternating chapters between past events on Annares and present events on Urras. In this way, Shevek’s character is gradually fleshed out as we are given snapshots of his life growing up on the anarchist world. It also allows the author to contrast Annares’s stricter living conditions with the seeming ease and luxury of life on Urras. This theme of duality continues throughout the narrative. 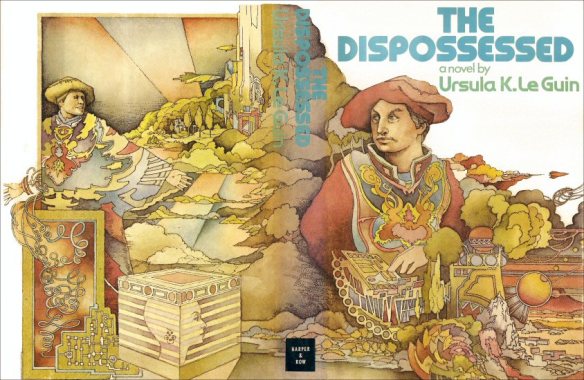 The character of Shevek has been criticized by some reviewers for being emotionless and cold. I wouldn’t describe him as cold. There is a cool alien-ness to him, but I think this helps the story. He is a brilliant young scientist who throws himself into his work and he is from another world, an alien. I feel that he really comes to life after he meets Takver, “the partner”. There is an understated yet moving love story between them that is one of the highlights of the book. The fact that Le Guin portrays this in so few words and scenes is testament to her skill as a writer.

We came, Takver thought, from a great distance to each other. We have always done so. Over great distances, over years, over abysses of chance. It is because he comes from so far away that nothing can separate us. (p.322)

The Dispossessed is a remarkable book. It has taken a re-read for me to appreciate it for what it is: a masterwork of speculative fiction. That doesn’t mean it is perfect. It can be dense and didactic at times and the character development is quite limited beyond Shevek and Takver. You also get the feeling that Le Guin was favouring and pushing one world over the other; you can see where her sympathies lie. But to be fair to the author, she does highlight the problems with both societies and the subtitle of the novel is ‘An Ambiguous Utopia’. The question the reader must ask is, which world is the utopia?

The following is taken from Le Guin’s introduction to the 2017 Library of America edition:

‘The Dispossessed started as a very bad short story, which I didn’t try to finish but couldn’t quite let go. There was a book in it, and I knew it, but the book had to wait for me to learn what I was writing about and how to write about it. I needed to understand my own passionate opposition to the war that we were, endlessly it seemed, waging in Vietnam, and endlessly protesting at home. If I had known then that my country would continue making aggressive wars for the rest of my life, I might have had less energy for protesting that one. But, knowing only that I didn’t want to study war no more, I studied peace. I started by reading a whole mess of utopias and learning something about pacifism and Gandhi and nonviolent resistance. This led me to the nonviolent anarchist writers such as Peter Kropotkin and Paul Goodman. With them I felt a great, immediate affinity. They made sense to me in the way Lao Tzu did. They enabled me to think about war, peace, politics, how we govern one another and ourselves, the value of failure, and the strength of what is weak.

So, when I realised that nobody had yet written an anarchist utopia, I finally began to see what my book might be. And I found that its principal character, whom I’d first glimpsed in the original misbegotten story, was alive and well—my guide to Anarres.’ 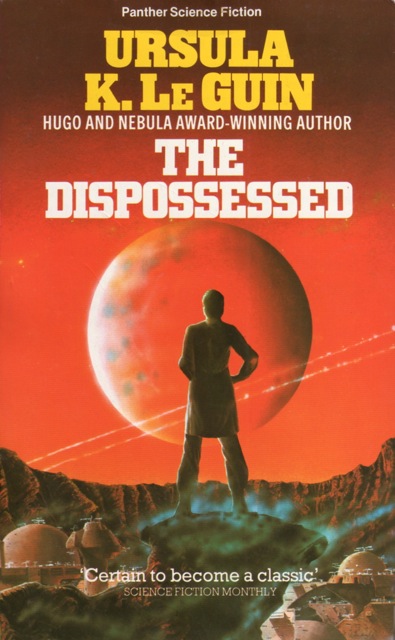 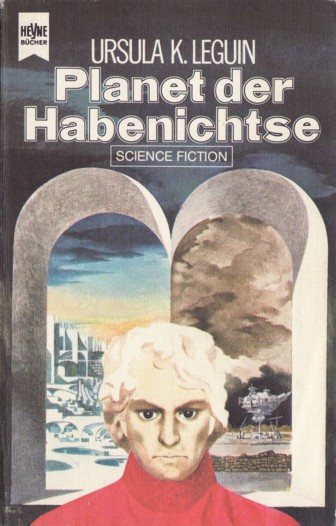 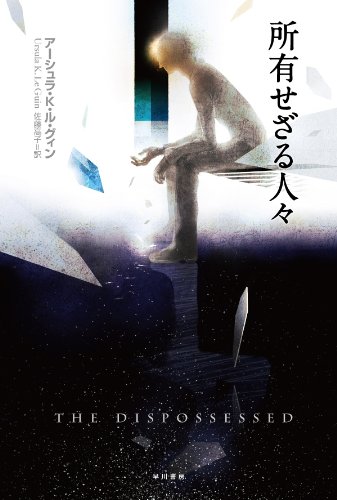