‘When you watch someone, you know them. You know them better than themselves.’ 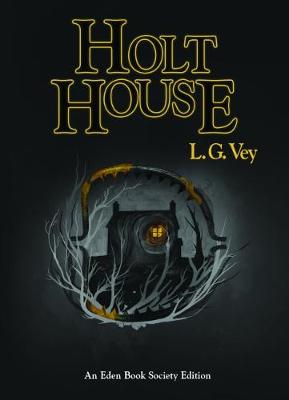 Is memory the ultimate unreliable narrator? In L.G. Vey’s creepy novella Holt House, memory plays an integral part in the story. It is a childhood memory that has led Raymond to camp out in the Holtwood as he searches for the truth. Just what exactly did old Mr. Latch show Raymond all those years ago? It was something horrible in the wardrobe of the spare room, something that terrified Raymond as a young boy.

Holt House is another one of my 2018 Halloween Reads. It’s a short novella by the mysterious L.G. Vey, purported to have been originally published in 1972 by the secretive Eden Book Society. Now, over 45 years later, it has been released to the general public. So, the big question is: was it worth the wait? (*possible spoilers regarding the Eden Book Society at the bottom of this review) 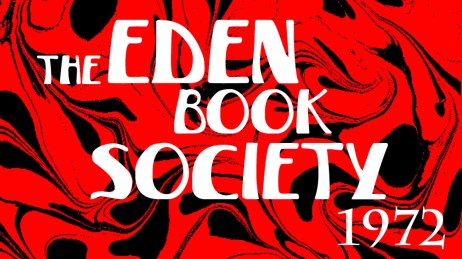 The book basks in a folksy, 1970s rural English atmosphere with an undercurrent of lurking horror. It is creepy and secretive. Roald Dahl’s ‘Tales of the Unexpected’ sprang to mind while I was reading it, particularly the old TV show. There are some nice references to the period the story is set in, as well as a surprising dose of science fiction when you least expect it. But beyond the quiet dread of the narrative, what really stood out for me was the author’s development of protagonist Raymond. I appreciated the way L.G. Vey carefully fleshed out Raymond’s character, releasing the details sparingly, drop by drop. I won’t reveal any more than that.

Overall, I am glad that I bought this little book. It was the premise that sold it to me, as well as the names of the current authors being linked with the project. I am very tempted to buy the next book in the series: ‘Judderman.’ I wonder who wrote it…?

‘It’s a quiet house, sheltered, standing in a mass of tangled old trees called the Holtwood. Raymond watches it. He’s been watching it, through a gap in the fence at the bottom of the garden, for weeks. Thinking about the elderly owners, Mr and Mrs Latch, who took him in one night when he was a frightened boy caught up in an emergency. Mr Latch showed him something that was kept in a wardrobe in the spare room. He can’t remember what it was. He only knows how sick it made him feel. Raymond watches Holt House. He has to remember what he saw. He has to get inside.’

(*possible spoiler: There are “rumours” though, that L.G. Vey is in fact a pseudonym for a modern writer, one of a possible five, but we readers have to guess which one it is. If you are interested in finding out more, please visit this link to the Eden Book Society.)