“If you want to live, Groo, drop your sword.”
“Groo lives by his sword!”
“Then but one response is possible…”

Sergio Aragones is a legend! He has been called “the fastest cartoonist in the world” and has won a number of prestigious awards including the National Cartoonists Society Reuben Award, and the Will Eisner Hall of Fame Award. He began drawing for MAD magazine in the 1960s and created Groo the Wanderer in the late 1970s. (It was first published in 1982 by Pacific Comics.) Aragones teamed up with writer Mark Evanier and their collaboration on Groo became one of the longest-running “creator-owned” comic books of its time. 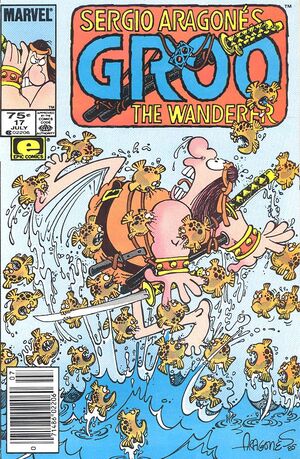 Many years ago when comics were still reasonably-priced, Groo the Wanderer was the first regular monthly comic book I bought. I can still remember the cover of the first issue of Groo I picked up. It was Groo Vol 1 #17 (Jul/1986) ‘Pescatel’ and it was funny. In fact it was stupidly funny. The level of detail in the artwork was stunning. There was always something happening in the background, often completely unrelated to the story. This was very appealing to my teenage self. I would save up my weekly paper-round money and splurge most of it in Odyssey 7, a tiny comic book shop in the old Corn Exchange in Manchester.

I collected this bonkers publication for quite a few years during its publication run with Marvel’s Epic Comics. Along with Groo, I also collected Daredevil and Spider-Man; those were very happy days! On a recent trip back to England, I found this Groo vs. Conan book in my local comic shop. Nostalgia kicked in and I bought it on impulse, remembering the enjoyment this title had given me in the past. Would it live up to the rose-tinted memory I have of it? Could it? Well, perhaps that is asking too much. 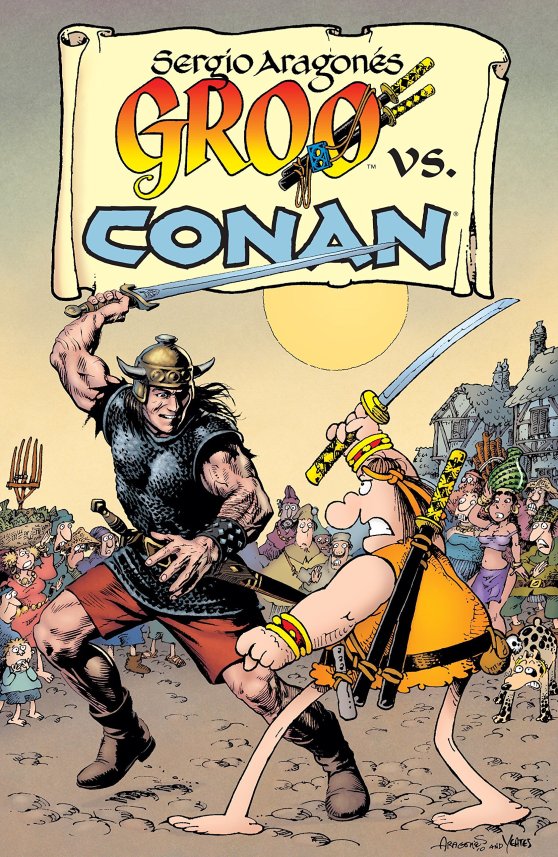 Groo vs Conan is a funny, entertaining story and a great crossover. Two seemingly indestructible warriors–one without a clue–go head to head. Who will emerge victorious? I really liked the Rashomon-style in which this epic battle was reported by various characters in the narrative. It was also nice to see Sergio Aragones and co-writer Mark Evanier appearing as themselves in the story, acting as a framing narrative as well as a comedy duo. Some of their scenes had me laughing out loud. 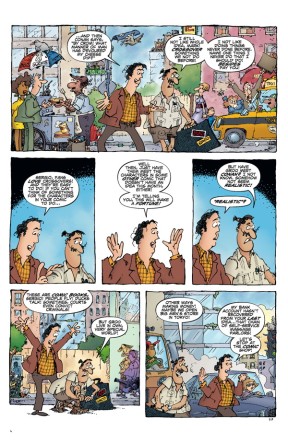 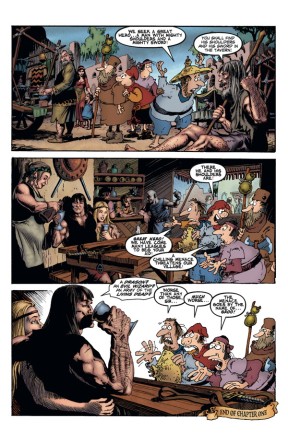 I recommend this book to anyone with an interest in the titular characters. Also to those who enjoy a funny story with meta-themes and some great artwork. Aragones’s drawing is as good as ever and Thomas Yeates offers an excellent depiction of Conan’s world. When these two worlds collide, the results are very entertaining. 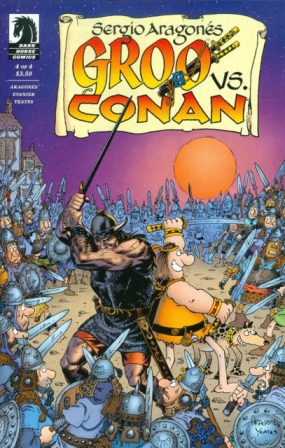 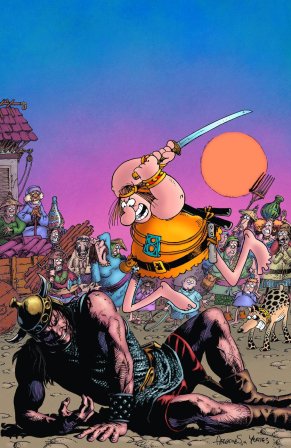