‘I presenced into Cardiff a day after the atrocity.’

This story is taken from Alastair Reynolds’ 2009 UK Edition of ‘Zima Blue and Other Stories’, (which includes three more stories than the original 2006 edition). It’s a very short story that was originally published in The Big Issue magazine. In his post-story notes, Reynolds reveals that “Cardiff Afterlife” is actually a sequel to his novella, “Signal to Noise”. It can be read as a standalone story.

The city of Cardiff has been devastated by an atomic bomb. Main character Joe wants to access the basement of his company’s building, so he uses a small robot to do so. He is checking what equipment has survived the explosion: “And, miracle of miracles, the cold-calling machines were still running.” Interestingly, these machines have nothing to do with telesales.

‘Twelve years ago, my team at Cardiff University was the first to open a portal into a parallel world.’

“Cardiff Afterlife” is a very short story so it’s difficult to write about it without giving too much away. It–very briefly–explores the concept of alternate dimensions, as well as the transference of consciousness. The focus is on one character and we get to know a little bit about him. This story works by itself but can also be seen as a taster for a longer story. I enjoyed it and it has made me want to read Reynolds’ “Signal to Noise” to find out how we got here. 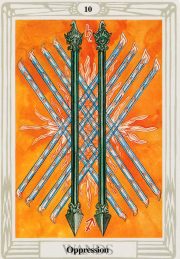 For my next story I have drawn the 10 of Wands, also called “Oppression”. It suggests meanings of suppression and restriction. So, not a particularly positive card.

The short story paired with this card is ‘O MOON OF MY DELIGHT’ (1961) by Brian Aldiss. It’s taken from his 1965 Collection ‘The Airs of Earth‘.

Thanks so much for reading. See you next time. 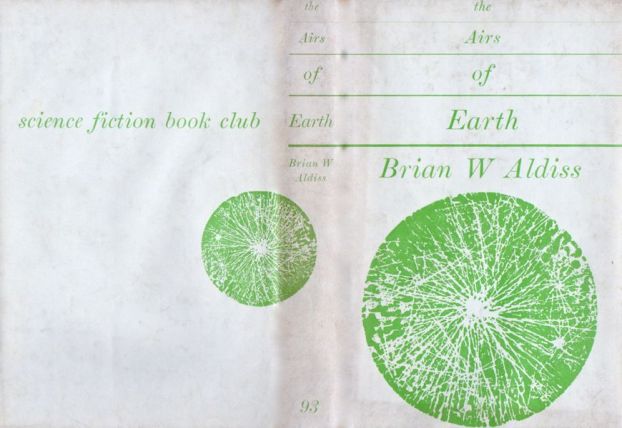